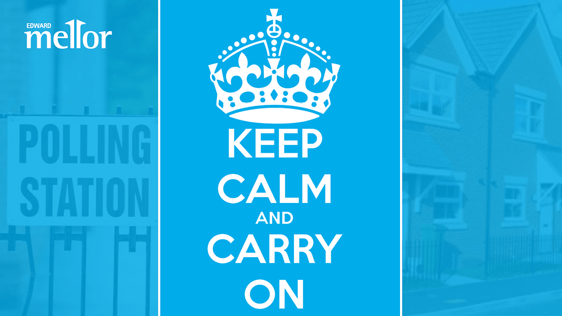 The seemingly inconclusive General Election result may have put the cat amongst the pigeons in terms of UK politics but, according to Edward Mellor Property Auctions Director Peter Barlow, there will be little impact on the North West property scene.

Peter commented: “The outcome may not be what most people expected, but it brings to an end a period of uncertainty as we enter a new era of politics, where we hope to see our Parliament working together to solve the challenges and opportunities ahead.

“The housing market has certainly been quiet over the last three or four weeks, with the volume of properties coming to the market having dropped off significantly but we have continued to see those that do come up for sale actually selling quickly and for very strong prices.

“Looking at the stock markets and the currency markets tells us that for the UK, it is business as usual,” added Peter.

The next Edward Mellor property auction takes place at Salford’s A J Bell Stadium on Monday 19th June featuring 69 lots from Blackpool in the north to Pwhelli in the south and many more in between.