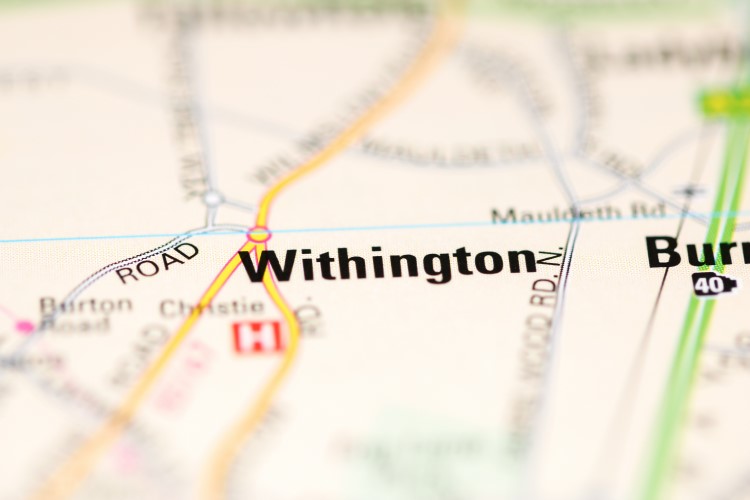 Withington M20 is a suburb of South Manchester and historically part of Lancashire lying 4 miles (6.4km) from Manchester City Centre, about 0.4 miles (0.6km) south of Fallowfield and 0.5km (0.8km) north-east of Didsbury and 1 mile (1.6km) east of Chorlton.

The area of Withington was incorporated into the City of Manchester in 1904 and the name area name is formed from the word ‘withen’ or ‘within’ meaning willow and ‘ton’ or ‘tun’ meaning settlement. Withington was originally occupied as a medieval estate that included Withington, Chorlton, Moss Side, Rusholme, Burnage, Denton, and Haughton in the 13th century.

The area was largely rural until the mid-19th century when rapid development took place due to the industrial revolution and Manchesters growing industries.

Today, with approximately 101,100 people living within Withington the population has increased 21.6%. With a mixture of families, university students, and affluent young professionals often themselves having been former students. Withington has great proximity to the University of Manchester and Manchester Metropolitan University and a center for clinical excellence which is one of the largest cancer treatment centers in Europe – The Christie Hospital founded in 1892 with the hospital moving to Withington in 1932.

Withington today retains a number of grade II heritage-listed buildings to name a few include:

Withington has great bus links for Manchester City Centre with the main through road to Manchester being Wilmslow Road which is a frequent bus corridor.

Withington village does not currently have a named or direct railway station and the nearest rail network link is Mauldeth Road railway station, located to the east in Ladybarn. The old Withington and West Didsbury railway station is on Palatine Road, but closed on 2nd January 1967 by the government’s attempt to take control of the expensive running costs of the railway networks. This caused unprofitable or little-used railway lines to be closed.

The Metro link extension had several false starts. Building a light rail link through Withington was first proposed in the early 1980s but funding was not secured until the 21st century. The project was then put on hold due to funding; new funding was sought through the Manchester Congestion Charge, but this was rejected in a public referendum in 2008. The project was revived in May 2009 with a new funding package from the local and national governments. Clearance work began on the line in 2011, and it was completed in 2013. Now, most residents live within a 200-meter walk of a bus or train/metro.

With 39,448 dwellings within Withington, 35% of properties are flats with houses making up 65% of housing stock. 35.8% of people within the area own their own homes while 39% live in private rented accommodation. We believe Withington to be a great community spirit with great public green spaces and over half of the dwellings within the area enjoying great ultrafast broadband speeds of over 300mps.

Education is also important for the 27.6% of households with families with 34 schools in the M20 area rated ‘outstanding’ with Ofsted.

Our team of estate agent experts can help you with your search for a new home in Withington so do give them a call on 0161 445 5560. We can also give independent no-obligation advice on mortgages, personal pensions, and more – get in touch with our financial services specialists today!. We’re here to help.

Why is there a massive influx of people moving to Withington?