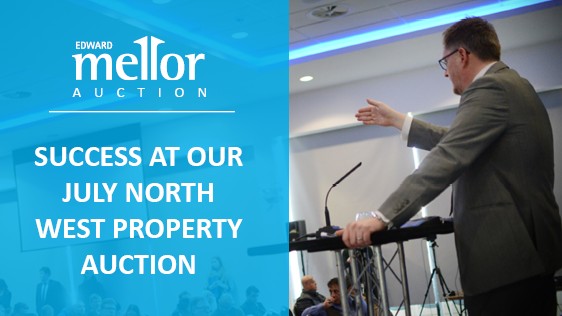 The conference room venue at the A J Bell Stadium was bursting at the seams on Wednesday the 26th July for our latest North West Property Auction.

“The room was so packed it was a struggle to get to the rostrum. It started filling up at 12.30, a full 90 minutes before the start of the auction. It was pleasing to see so many new faces in attendance. 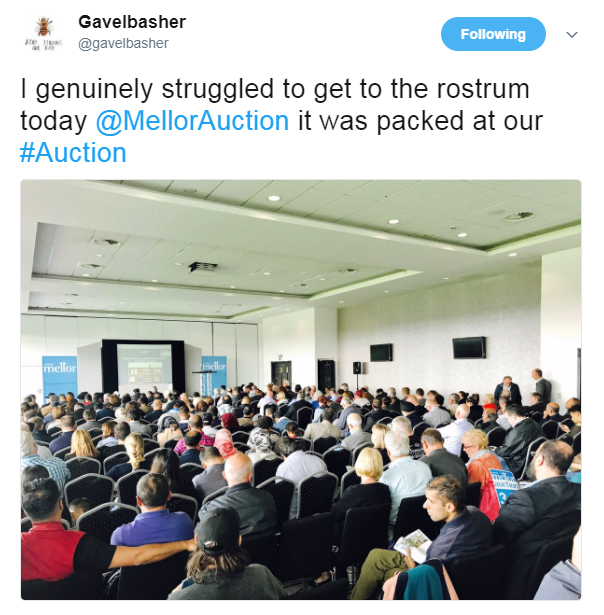 “The lots started off with a residential property in Moss Side Manchester selling at £116,000 after hard bidding. Most of the Manchester properties sold far in excess of the guide price and one in particular, a property in Abbey Hey that had recently experienced a boiler explosion causing major damage sold for at least 115% over guide, again after furious bidding. 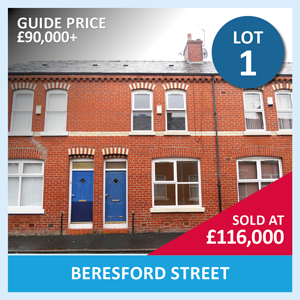 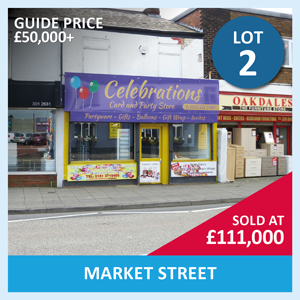 “We offered two commercial properties separately on Market Street in Droylsden, Manchester: Lot 2 was vacant and in very, very poor condition at a guide price of £50,000 and it sailed away after manic bidding at £111,000.

“Two of the featured marque properties in the auction, a former Masonic lodge close to the centre of Bradford, and a church near Pwlheli in North Wales ripe for development, both failed to sell but will likely feature at our September auction. 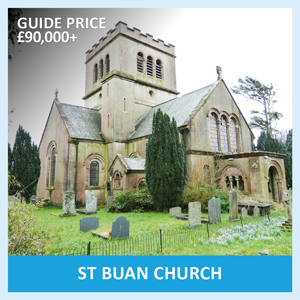 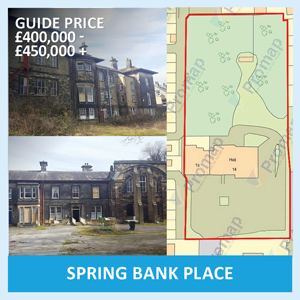 “The room was difficult to read in that there seemed to be a lot of spectators in the audience monitoring prices as opposed to bidding which mirrors the trend around the UK.

“The main message from the sale was that guide prices and reserve prices need to be keen which is part of our ‘blueprint for success’” added Nick.

Our next auction is on Wednesday 13th September!

Want to sell your property at auction? Complete our contact form below or give us a call on 0161 443 4740 and a member of our team will be in touch.