Are you looking to buy or sell a house in Manchester?

Chances are, if you’ve clicked here you probably are.

Choosing the right estate agent can seem like a tough job, so instead of going on about why you should choose South Manchester’s number one family estate agent OR that we have a huge network of branches working harder for you, we’ll let Helen tell you about her Edward Mellor experience instead.

“I am under no illusion about how fortunate I am to own my own home.” 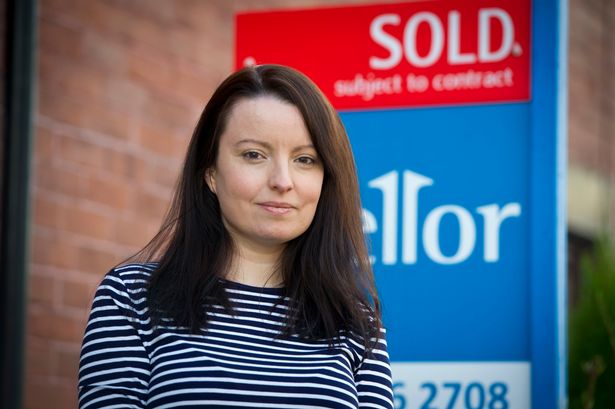 The only reason I’m about to step onto the second rung of the property ladder is because four years ago, my dad very generously gave me the deposit for my first home. Without that, I’d still be renting my tiny one bedroom flat in Chorlton.

The rent was £50 higher than the monthly mortgage payment on the two-bedroom terrace with a garden I now own in Levenshulme. I dread to think what letting agents would be able to charge for it now.

But when I came to put it up for sale last December, nothing could have prepared me for how much the situation had changed for first-time buyers in Levenshulme, in such a relatively short space of time.

In late November, I approached the Levenshulme branch of Edward Mellor to ask them how soon into the new year I should put it on the market – I’d assumed it would grind to a halt over Christmas.

Instead, they told me not to wait, as the number of first-time buyers looking to buy decent homes in Levenshulme was outstripping the supply.

Apparently, buyers were finding themselves on the same group viewings so often that they were actually starting to get to know each other, and were sadly being outbid time and again.

“The next big surprise was how much I could sell the house for.”

I knew the fact that I’d always taken great care of my house would work in my favour and I went to great lengths to make sure it was immaculate.

I spent the days before it went on the market scouring every inch of carpet with a lint roller, and despite my estate agent saying there was no need,

I spent a weekend repainting my pink bedroom a neutral grey.

Even so, when I tentatively asked if it was beyond the realm of possibility to achieve £120,000, my estate agent looked at me like I was crazy and told me that was far too low.

It officially went up for sale on December 1 – by which time, my estate agent had already lined up five viewings with potential buyers who hadn’t even seen photos – based purely on its location.

“That’s when things really took off.”

About an hour before my house appeared online, I received a speculative note through my door from a pair of first-time buyers, asking if I’d consider selling to them directly. Although I knew I wanted an estate agent to handle the sale, I appreciated that they’d taken the time to contact me, and invited them to view the house the day before a planned block viewing.

They looked around and offered me the full asking price on the spot – but by then I had 15 sets of buyers due to look round the following day, and after being told how brutal the market was, I wanted to give everyone who had made a booking the chance to see the house.

I ended up having a further six viewings, and within just 14 days, I had offers from five serious buyers, and we ended up going to sealed bids.

Being in this position is not as enviable as it sounds. I felt horrendous knowing that someone would be disappointed, and probably not for the first time. 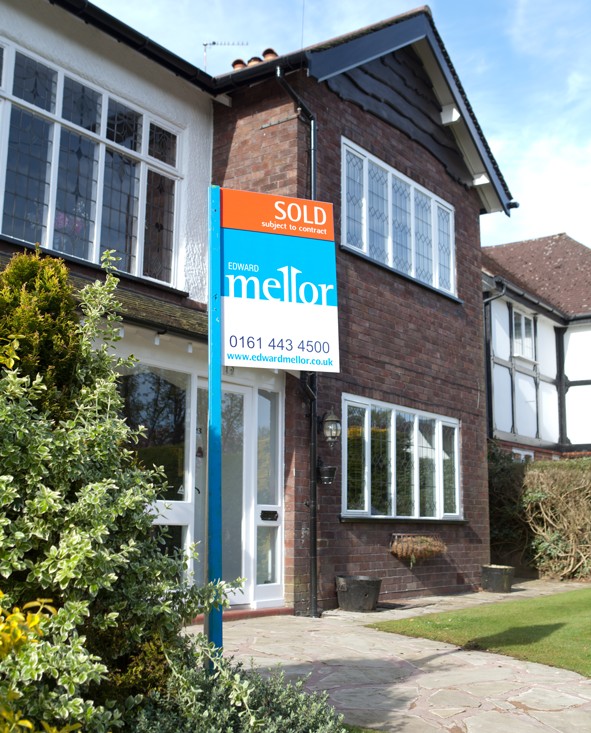 “When it came to picking which offer to accept, money wasn’t the deciding factor.”

I didn’t want to take advantage of people who were in the same position I myself had been in not too long ago, and I was also wary of accepting very high offers because there was always the chance the bank would subsequently down value the house.

I also decided to rule out buy to let investors. I wanted the house to go to first time buyers who would care for it and appreciate it the way I had.

“Eventually, the offer I accepted was five and a half thousand pounds over the asking price – and it came from the couple who’d sent me the note.”

It wasn’t the highest offer, but I accepted it because they’d made it clear that they loved the house, so I knew they were unlikely to pull out if they saw something they liked more after I’d accepted the offer. Their note had definitely made them stand out from the very beginning too.

They were also willing to wait for me to find somewhere else to live – I’d wanted to sell mine before offering on other homes, so I was a more attractive prospect to vendors and didn’t have anything lined up yet. When it came to securing my new house, I knew I’d have to be equally shrewd, as my preferred location, close to Alexandra Park in Edgeley, Stockport is also fairly popular.

I made a point of visiting estate agents in the area and asked them to tip me off to any new homes before they went on the market.

One of them came good for me. Four days before Christmas, the Edgeley branch of Edward Mellor offered me the chance to view what would become my new home the day before it went on the market.

“I fell in love with the house, a beautiful terrace on a quiet cobbled road next to the reservoir, as soon as I set foot in the door.”

I immediately asked the estate agent to give the vendors an offer £2,000 over the asking price, on condition no one else saw the house – and was absolutely thrilled when it was accepted.

Four months on, and all being well, I could be in my new home in a matter of weeks.

Looking to sell your property? Make the right choice and sell with Edward Mellor. The number 1 estate agent in Stockport and Tameside.