The auction room at the AJ Bell Stadium was a little quieter than usual which was to be expected in the final few weeks of summer.

The kids have just gone back to school and some try and squeeze in a last minute holiday – which can lead to a smaller turnout.

Despite a few empty seats at our September auction, we still had a room full of motivated buyers.

Featuring over 60 residential and commercial properties from across the North West, our line-up attracted the attention of developers, investors and homebuyers.

It was clear every buyer in the room had their eye on a particular property, which led to some incredible sale prices on Monday.

Reddish Lane in Gorton was the first lot to go under the hammer on Monday. This property is a fantastic buy-to-let investment which is currently pulling in a rental income of £450.

We anticipated there would be a high level of interest on this house – and after 40 viewings, the vendor had received multiple offers pre-auction. 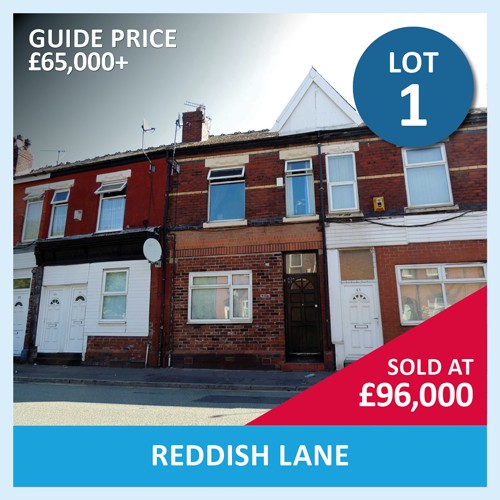 Reddish Lane kicked-off the auction with a guide price of £65,000. After some close bidding, the property finally sold for £96,000!

The next property that received a lot of attention was Stanage Avenue in Blackley. We had 22 viewers through the door in the first few weeks which proved just how popular it was. 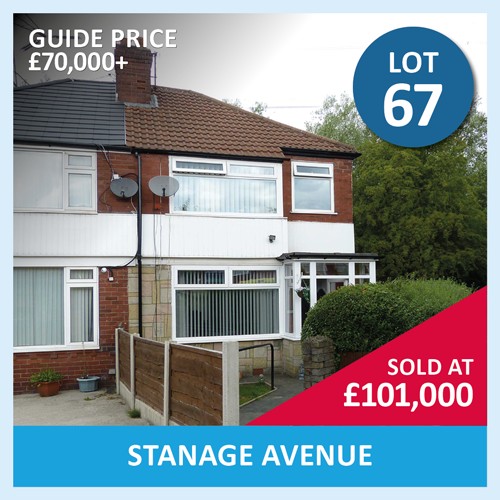 Despite the pre-auction offers we took the property to auction and it sold for £102,000.

The Millstone in Blackley was one of the first commercial properties to be offered at our September auction. It attracted 39 viewings in a three week period, so we knew it was going to be one to watch on the day. 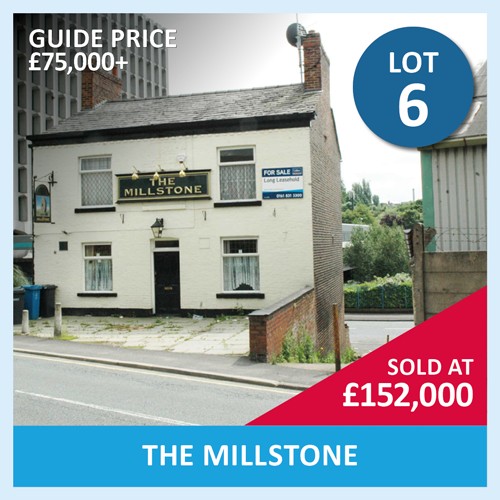 It’s not just buildings that have been achieving incredible sale prices.

Land has also been selling really well too.

Lastly, we’d like to talk about a freehold parcel of land in Culcheth that went under the gavel on Monday.

The vendor just wanted to get rid of the land, so we decided to offer the property at auction without any reserve. Although the vendor only wanted a quick sale, they got more than they ever expected when the land sold for £4,100! 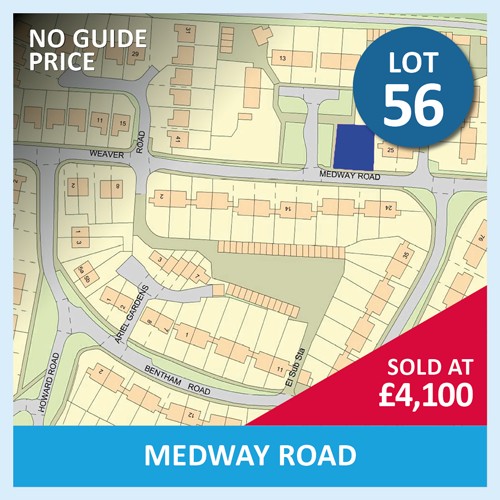 Our next auction will be held at the AJ Bell Stadium on the 31st of October. We’ve already had loads of entries for our next auction and we think October will be the busiest auction of the year.

If you want to sell your house fast for the best possible price, get in touch with our team today. Call 0161 443 4740 or click here to book your free appraisal.

There are still some amazing properties to buy post-auction, so be sure to take a look below! If you would like to enquire about a certain property please contact our auction team. Call 0161 443 4740 or email [email protected] now.