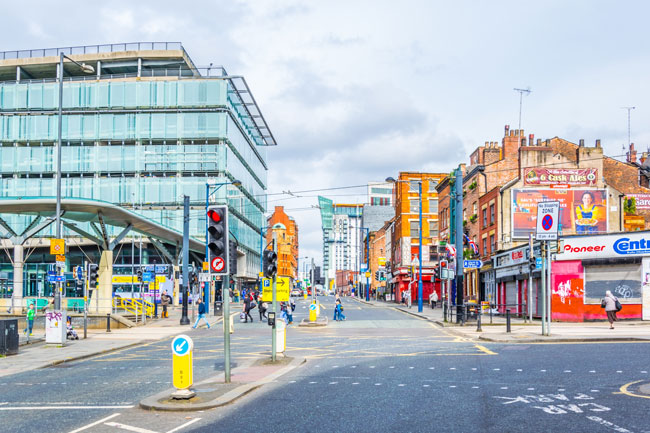 House prices set to increase significantly faster in the North than in the South, being a result of the continuing property market cycle.

A new study forecast shows house prices growing 20 percent in the North over the course of the next 5 years, which comparing to the 9 percent in the South and 5 percent rise in London, is a huge increase.

Related Link: Online vs Offline agents – Which is truly the best?

So, where have these predictions spiralled from? The forecasts are being powered by a number of multi-billion-pound infrastructure projects. The Northern Powerhouse project, launched by George Osborne 5 years ago which was put in place to boost economic growth in the North (with Manchester being one of these core cities).

With the investment boom along London’s Crossrail dying down, interests are turning towards the Northern Powerhouse rail network.

The Government has committed £13 billion to develop transport links across the North spearheaded by High Speed 2, which is set to open in 2026.

Substantial funding is going into other jobs and infrastructure projects such as the National Graphene Institute in Manchester.

We have reached that inevitable turning point in the Northern property market, properties in the North West still remain at a modest rate – for the time being.

If you’ve been pondering on the idea of moving up North from other locations in the UK, now is a fantastic time to do so.

Here is an example of a sought-after village and suburb in the North that’ll turn your head – wherever you live in the country.

Bramhall is home to the famous Bramall Hall which is a marvellous grand-timber framed 14th century Tudor manor house. The hall is now open as a museum to allow the public to appreciate its 800 years of history. This is the heritage heartbeat of this village, attracting people from far and wide to view the stunning building and the 70 acres of land it boasts.

Not only does Bramhall offer this incredible historic landmark, but it is also a commuter hotspot being close to Bramhall and Cheadle Hulme.

Within the village, you will find stunning new-build apartments, as well as large Victorian villas. It is a fantastic alternative for those who are looking for more green space and increased quality of life.

If you’re interested in investing up North, take a look at some stunning properties we have available at the minute in and around Bramhall…