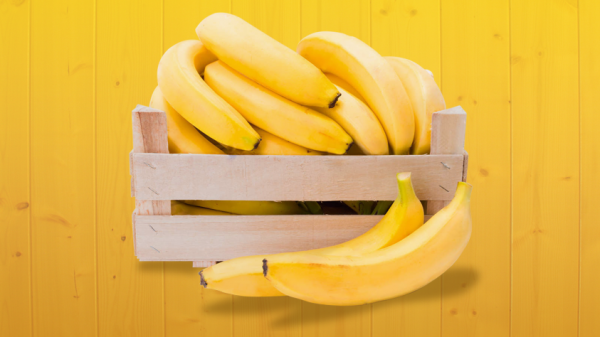 AUCTION CONSULTANT, ANDY THOMPSON, TELLS YOU HOW TO AVOID A SLIP-UP WHEN BUYING OR SELLING AT AUCTION

It’s been a busy few weeks for me here at Edward Mellor. The days have been flying by and I can’t quite get my head around the fact that we are now gearing up for our fourth auction of the year on 8th June. Scarier still is that this is my 84th Edward Mellor auction and, as I approach a significant birthday, it’s also the last one of my twenties! (Birthday’s 12th June for anyone who’s interested!).

As well as the demands of the day to day stuff which, encouragingly, involves working with a rapidly growing number of new property buyers, I’ve been juggling my evenings with renovating my own property and squeezing in a few property talks along the way. My last talk was with Scott at the Midway in Stockport. We were guest speakers for Claire Hamlett-Ledger’s latest ‘Property Mentor’ group and it was great to meet more eager investors, keen to pursue their property dream. This was my third talk in as many weeks and, unaccustomed as I am to public speaking, it’s been a good opportunity to hone my skills as well as meeting more aspiring property investors in the process.

I told the story of one of our very good clients, Alex, an American businessman now living in Valencia, who has grown a 30+ property portfolio with me over the last three years. He focuses mainly on East Manchester and now boasts a burgeoning property portfolio. Alex’s story grabs people’s attention when they see how successful you can be in a relatively short period of time if you set your goals properly.

As well as the success stories, in a bid to steer our new buyers away from inevitable pitfalls, I always have fun telling some of the more shocking tales to come out of previous auctions!

I remember a good old client of mine from a few year back, Malcolm – now based in Mayfair but originally from the East End and owner of the strongest Cockney accent you’ve ever heard! We got on well, me and Malcolm, and worked together a lot in 2010 when he had bought a portfolio of 98 properties in North Manchester which he then sold off individually at our auction. Each auction cycle we would go through his list properties and decide which we should sell off this time. We were working together so regularly and with such big numbers that sometimes you’d lose perspective with what you were dealing with. My favourite line of Malcolm’s that he would use to rein in my eager, twenty-three-year-old-self if I’d gotten a bit ahead of the game was “I’m not selling a box of ‘bladdy’ bananas, Andy!”

It’s a line that we still shout out across the office for a laugh today, although my accent sounds more ‘South African’ than ‘Cockney’!

So, as Malcolm rightly says, we aren’t selling bananas here. But you’d be forgiven for thinking we might be with some of the stories I can recall of carefree buyers who’ve dropped a clanger on auction day.

Take Mr Singh for example. It was a couple of years back when we first met, and the day before one of our auctions. He was booked in for a chat to discuss how to invest in property and came in to see me and tell me about his circumstances and what he wanted to do. He had recently sold his company and together with a small inheritance and some savings, he had £500,000 to invest. Apart from his family home, he had never bought a property before and was as green as grass with the concept of auctions and wanted to know how it all worked – hence the appointment with me.

We discussed various investment models and different parts of the North West that would suit his circumstances and lifestyle and I explained how the process of buying a property from auction worked. Given that our next auction was less than 24 hours away, I suggested it would be a good idea for him to come along just to observe and get a feel for things. Obviously he wouldn’t be buying anything this time, but the auction day is an experience in itself, so it’s always a good idea to do a ‘dummy-run’ first to get used to it. I said I’d see him the following day and that was that.

Skip to the next day and Mr Singh and his young son arrived at the venue nice and early. I said hello, showed him around and explained that because he wasn’t bidding today he didn’t need to register and could come and go as he pleased. As you can imagine, this is a busy day for me so I pointed him in the direction of the bar for a coffee and told him to grab me later if he needed anything. It was a great auction. The room was bursting at the seams with hungry buyers throughout the day. The place was buzzing, and I was run ragged by clients all afternoon. Often I’m so busy on the day that I don’t know what’s sold until afterwards when we do the auction team debrief. I remember on this occasion, towards the end of the day, I looked over across the room as the crowds dispersed to see Mr Singh standing there amongst the successful buyers… with a bidding paddle in his hand.

What is he doing with a bidding paddle? I thought to myself. You guessed it! Without doing any homework, no viewings, no checking of any legal packs, no research whatsoever, he had bought five properties and spent his £500,000.

Sure enough, the next day he called me to say he’d made a mistake and didn’t want to buy the properties anymore. To which, unfortunately, I had to deliver the bad news that he had already committed to buying these properties and if he was to back out he would lose his deposits, totalling approximately £50,000.

A very expensive lesson to learn. You might be surprised to hear this, but people like Mr Singh, who attend auctions completely unprepared and go on to buy a property (or properties in his case) without doing any due diligence beforehand, are not uncommon.

Auctions are public – anyone can attend and bid for the properties on offer. If you want to take the risk and bid blind for a property you know little or nothing about, then I can’t stop you. But, if I could give one piece of advice, it would be to do your homework first and make use the help that is on offer.

Because as my mate, Malcolm, would say, you’re not buying a box of bananas.