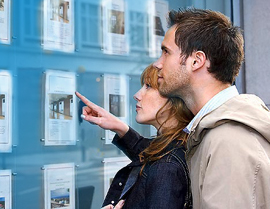 After a busy year in 2014, things are showing no signs of stopping!

There have been a number of positive changes to the property market in 2015 – with some still due to take place – which will have a big impact on you, whether you’re looking to buy or sell.

Here are our top ten reasons why 2015 should be your year to move:

Plans announced in the Government’s Autumn Statement gave a huge boost to the housing market by making Stamp Duty cheaper for 98% of house buyers.

With the new reforms to the way Stamp Duty is calculated, you will pay just £760 on a property costing £163,000 (the average house price in the North West) – a saving of £870 compared to the old tax system.

After plenty of speculation about the Bank of England increasing the Base Rate of Interest at some point during 2014, rates look set to stay frozen until after the summer.

According to a recent Financial Times survey of prominent economists, the current rate is unlikely to rise from the historic low of 0.5% until after the summer’s General Election, with the majority not expecting any changes until at least November.

The base rate has a direct impact on mortgage rates (especially tracker and variable products) meaning that mortgage rates are likely to stay down – cutting the cost of your monthly repayments.

Fuelled by low mortgage rates, Stamp Duty cuts, and schemes such as Help to Buy, almost 327,000 people bought their first house in 2014.

This is the highest number since the property boom of 2007 and accounted for 46% of all mortgaged purchases last year.
With 20% more buyers flocking to the market than in 2013 but only 8% more properties listed for sale, demand is growing at a much faster rate than supply of houses available for sale.

If you’re looking to sell your house, this is great news. With more competition between buyers, you could find your property selling faster than you may expect – and possibly for a higher price!

Despite the introduction of the Mortgage Market Review in April, which meant much stricter affordability checks for anyone applying for a mortgage, the number of approvals in 2014 was the highest since the peak of 2007.

*FIND OUT HOW MUCH YOU COULD BORROW!*

With low interest rates and a growing number of people looking to buy, a price war has broken out between the main mortgage lenders – meaning lower rates and higher loan-to-value loans.

Because of this, a number of 95% mortgage products have been introduced for buyers, with the average deposit amount dropping by 7% during last year.

The monthly cost of mortgage repayments also fell. In the third quarter of 2014, first time buyers were spending an average of 32% of their disposable incomes on paying their mortgage – down considerably compared to 50% in 2007.

6. The Calm Before the Storm?

Having risen by 7% across England and Wales in 2014 (and just 3% in the North West), property portal Rightmove has forecasted that national new seller asking prices will increase by just 4% – 5% this year.

Could this be a lull before a big surge in prices next year?

7. Buy Early and Beat the Investors

From April 2015, savers over 55 years old will have a lot more flexibility with their pension pot and will be able to withdraw as much as they choose rather than a single 25% tax-free lump sum.

While this is good news for those with large pensions, it’s not so great for buyers looking to take their first or maybe second step on the market.

According to a recent survey, nearly a third of people aged between 45 and 64 would consider using some or all of their pension funds to purchase buy-to-let property, attracted by high rental yields, low risks, and inheritance benefits.

By making your move early in the year you could avoid competing against this new group of “silver landlords” – many of whom will have the advantage of making offers in cold, hard cash.

8. The Impact of the General Election on the Property Market

Elections can often cause a few jitters amongst buyers as the market undergoes a period of uncertainty until the votes are counted.

Whilst there is usually a slowdown in property transactions shortly before the election takes place (it’s on May 7th this year), the market usually bounces back considerably.

How quickly the market settles down will depend on which party wins, as each are likely to ring their own changes which will impact buyers and sellers.

Could the prospect of a Mansion Tax be making a comeback? Should Labour or Lib Dems come out victorious in May’s General Election, both parties have already announced plans for an annual charge on properties worth more than £2m.

If you’re looking to buy a high value house, buy now before property values rise and potentially put you over the threshold.

10. Cash In on Stockport’s Transport Revolution

Having secured a £41.8m Government investment last year, Stockport is set to get a new “Metrolink-ready” transport interchange to replace the current bus station and link to the train station.

Another £73m will be spent on easing traffic around the town centre by car, bus, bike, or on foot.

These huge investments and improvements, scheduled to begin in 2105/16 and be completed by 2018/19, will have a direct effect on house prices across Stockport and the surrounding areas.

By buying now, you could see your house’s value rocket once the new transport infrastructure is up and running.

For more advice or information about buying or selling a property in 2015 you can contact us online.