Built circa 1541, this charming farmhouse cottage in Offerton is thought to be one of the oldest homes in Stockport.

This property is an impressive 479 years old, dating back to the reign of English monarch King Henry VIII.

Its first occupiers would have seen the reigning King become the first English monarch to also rule as King of Ireland, following the Crown of Ireland Act in 1542. 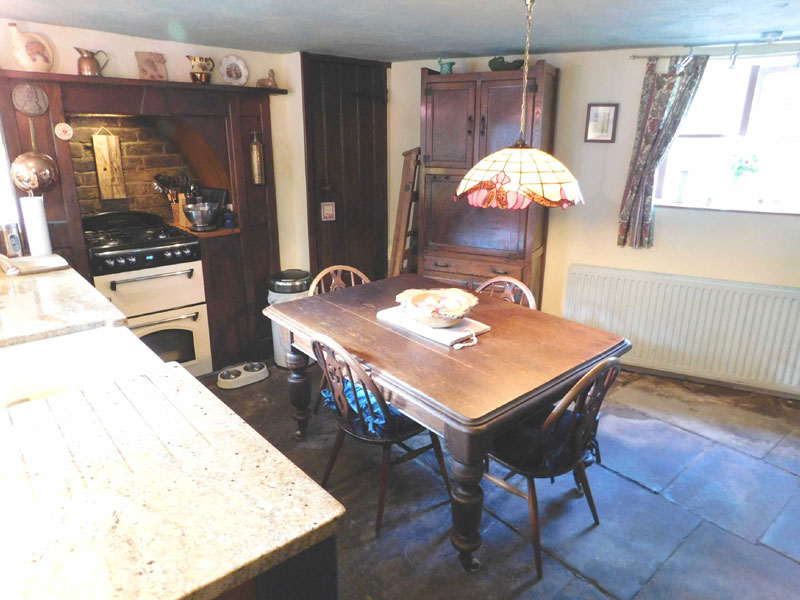 In the 16th century, Stockport was just a small town situated entirely on the south bank of the River Mersey.

This farmhouse would have stood alone, surrounded by acres of open land at the time of its construction.

Now, the property is nestled at the bottom of a cobbled road, hidden by streets and houses just off the A626 Marple Road.

The current owners fell in love with the property at first sight after they spotted it in an estate agents window.

They’ve lived in the cottage since 1999 and have made the cottage their home while maintaining its original character.

Its previous owner had spent most of the mid-90s bringing the home back to its former glory with sensitive and sympathetic restoration.

So it’s safe to say this historic gem has been handled with the up-most care over the decades.

Take a look inside

As soon as you step inside this charming cottage, it’s clear to see how well preserved this little slice of living history is.

A timber plank door opens into the lounge, which is within the oldest part of the property. 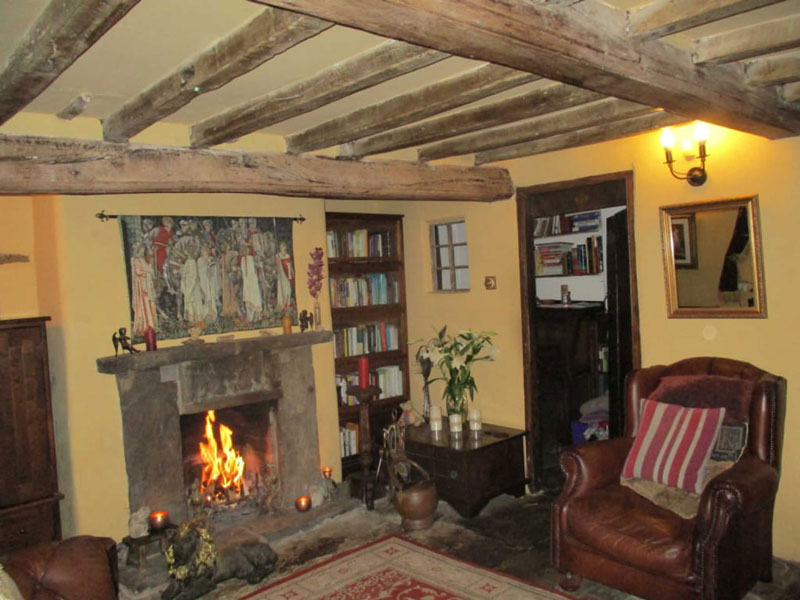 An original three-plank door leads to the kitchen and study with its original York stone floor and more exposed beams.

Upstairs, the bedrooms of bursting with original features – with a large oak beam forming part of the ceiling and more exposed timber frame walls.

Outside, there is a store and two-man outbuilding which could be transformed into offices or a studio. 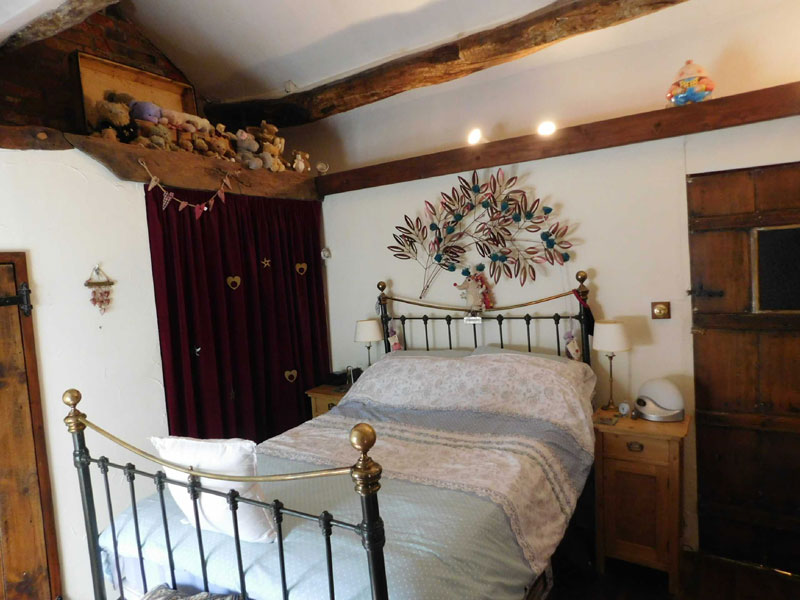 You might have spotted a small nameplate on the front of the property that reads ‘Mrs. Beswick’s Gem’ which is part of the cottages more recent history.

According to the current vendor, this relates to a former owner of the property who owned it for a large part of the 20th Century.

Mrs. Beswick is believed to have invited parties of local school children into the home to show them what life would have been like in Tudor times. 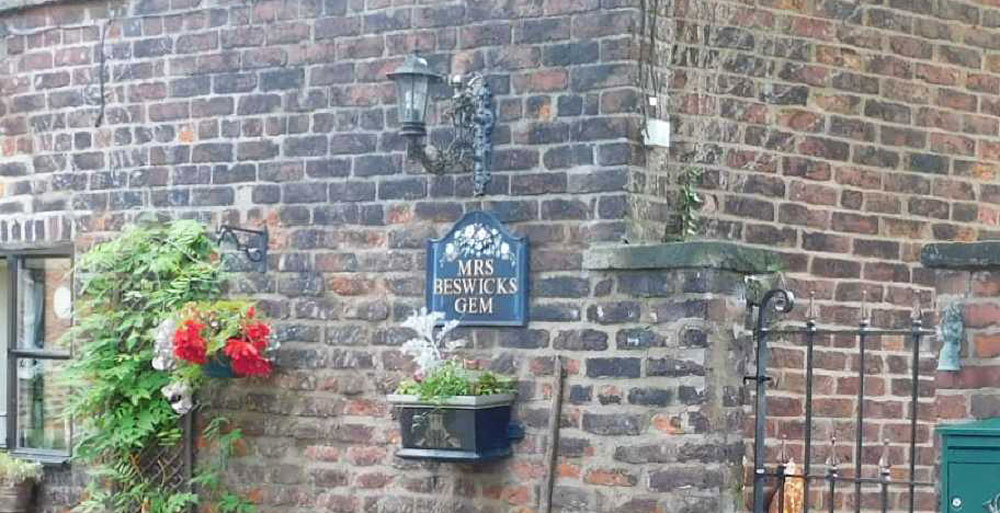 This property hasn’t only been of interest to local schools, it’s grabbed the attention of a range of people.

From university professors interested in dating the original timbers to TV production companies looking for historic locations – the pebbled street has been likened to walking through a Charles Dickens novel. 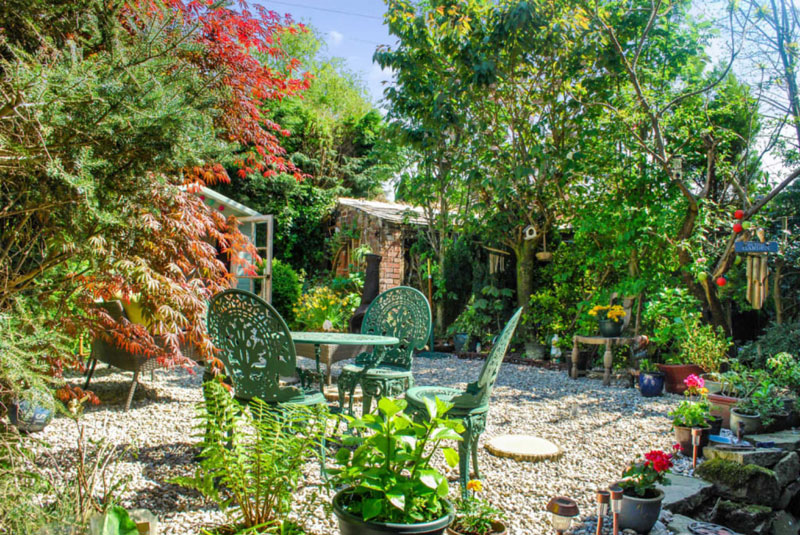 The current owner has collected an archive of historical information relating to Offerton Fold and its collection of cottages.

There is data from when all the properties were sold at auction in 1920 (prices ranged from £320 to £1075) and lists of occupants’ names, ages, and occupations during the 1840s.

Virtually walk through each room with our interactive tour below.

How much is your house worth? Find out with our online valuation tool in minutes

Register to buy with us today!